We've been using the term "Latinx" on NPR's Code Switch podcast regularly. But new research shows it hasn't really caught on among Latino adults in the U.S.: While one in four have heard of the term, only 3% use it. 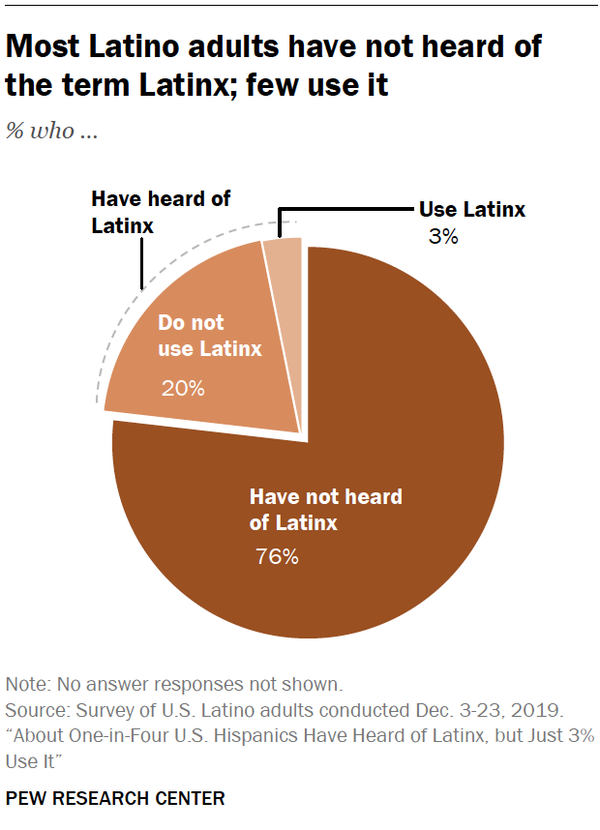